What do you think the translation should be to? 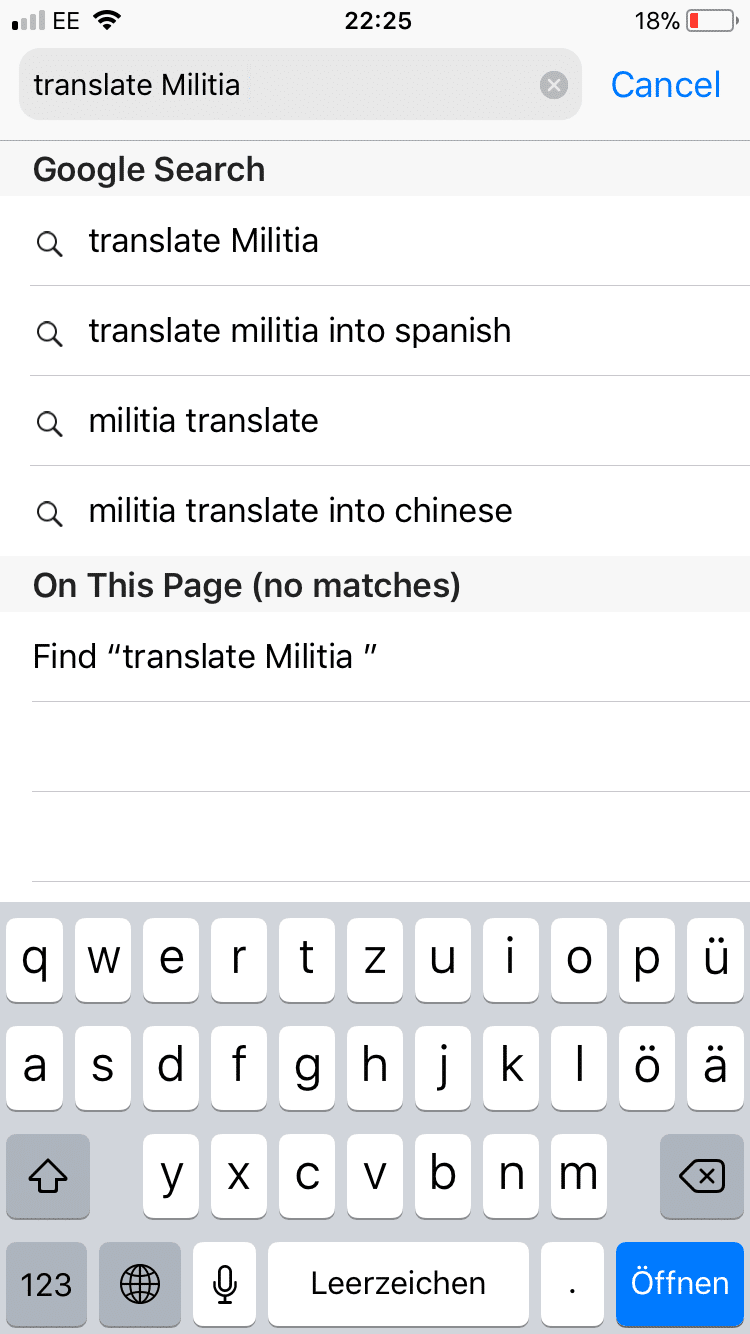 Again, where is Artificial Intelligence when you need it?

A couple of weeks ago, I wanted to translate Militia into German, as I was not to sure of the word real meaning. So, as any other person on the planet, I start typing in “translate Militia…” and you would think the suggestions would come up with “…into German” since I have my settings in German and since the keyboard is in German. You would think that either Google or Apple is smart enough to assume that I want German. But NO. They show me “…into spanish” and ” into chinese”. Really!

I cannot say it enough. AI and all the hype around it is not even ready for Kindergarten, as many more issues will show in the future. Stay tuned for more updates. Previous PostFake news or not?
Next PostApple has no clue about where to go